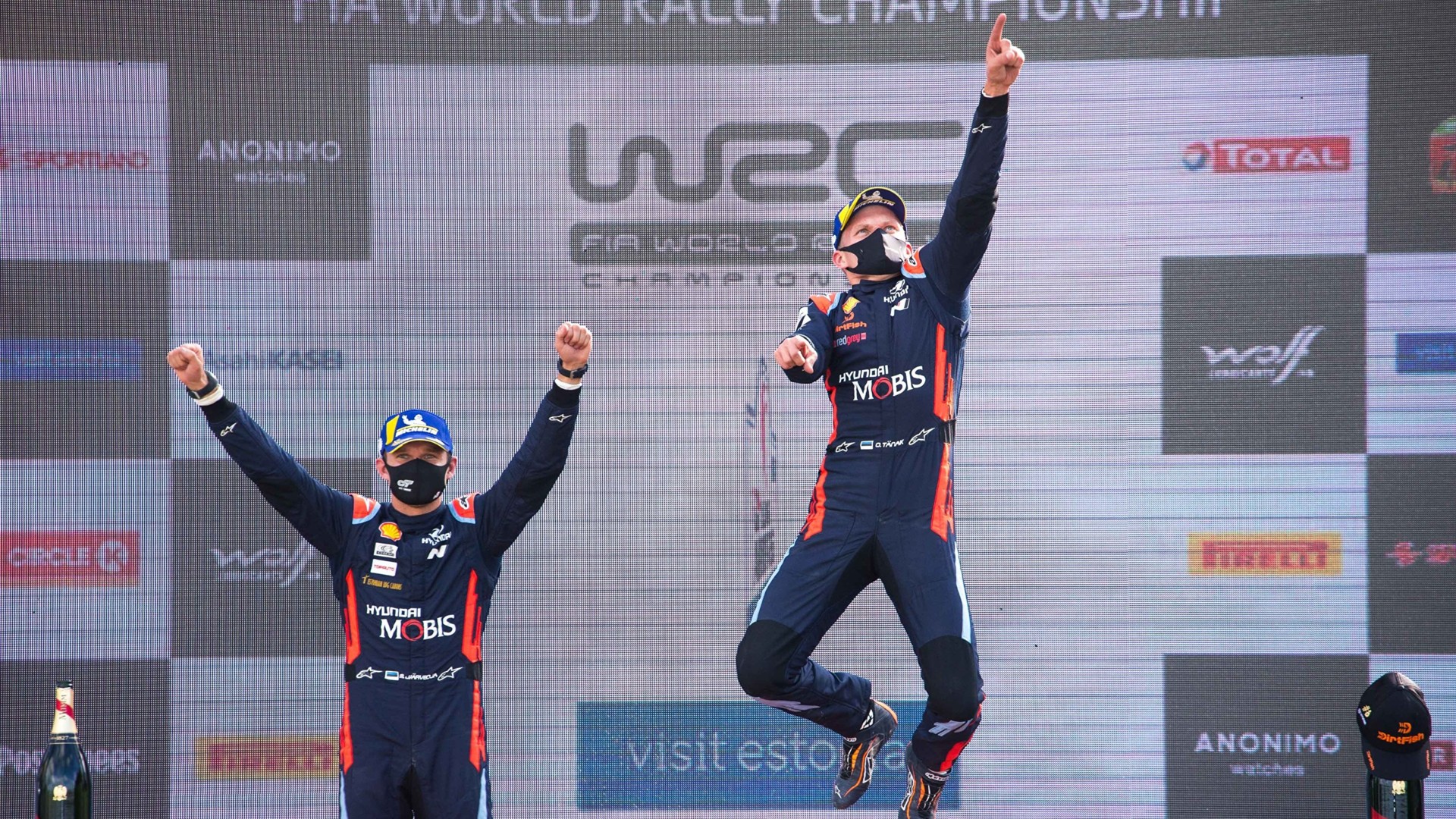 Ott Tänak and Martin Järveoja have won their home rally and the inaugural full-calendar WRC event in South Estonia. The pair took an early lead Saturday and did not let up through the course of Sunday with a time of 1:59:53.6, despite a strong challenge mounted by Irish driver and fellow Hyundai teammate Craig Breen and his co-driver Paul Nagle, who were 22.2 seconds behind with a time of 2:00:15.8. Veteran driver Sebastien Ogier and his co-driver Julien Ingrassia were third for Toyota (2:00:20.5)

The race was also the first WRC event since Mexico in February, in a season drastically shortened as a result of the coronavirus pandemic. Drivers, co-drivers, team members, officials, the media and the public all had to wear facemasks throughout the event.

The climax came after the 17th and final stage, which Tänak and Järveoja recorded a time of 10:18.4 as well as picking up 3 extra power stage points.

First ever WRC round held in Estonia

The race will mark the return of the currently suspended WRC season and will make Estonia the 33rd country to host a WRC round after the series was started in 1973.

The first full calendar WRC event in Estonia will begin on Friday, September 4 and conclude with the finishing podium and award ceremony at 3.30 p.m. on Sunday.

A total of 17 special stages over 232.64 km are to be held, with 60 competitors registered in the entry list, of which 13 are top-class WRC cars and their crews.

The round will span three days and will be held in traditional Rally Estonia regions in Tartu and southern Estonia such as Kanepi, Kambja, Otepää and Elva, which hosted the warm-up South Estonia rally the weekend before last.

Reigning world champion Ott Tänak (Hyundai) is the obvious favorite for the historic event in Estonia, as the Saaremaa man looks to begin the season restart with a successful rally on his home roads. Tänak won the South Estonia Rally on July 24, effectively a warm-up event for WRC Rally Estonia.

The driver season standings are currently led by Frenchman Sebastien Ogier (Toyota) with 62 points, followed by Welshman Elfyn Evans (Toyota, 54 points) and Tänak's teammate, Belgian Thierry Neuville (42 points). Tänak sits in fifth place with 38 points after crashing out in the opening event of the 2020 season in Monte Carlo.