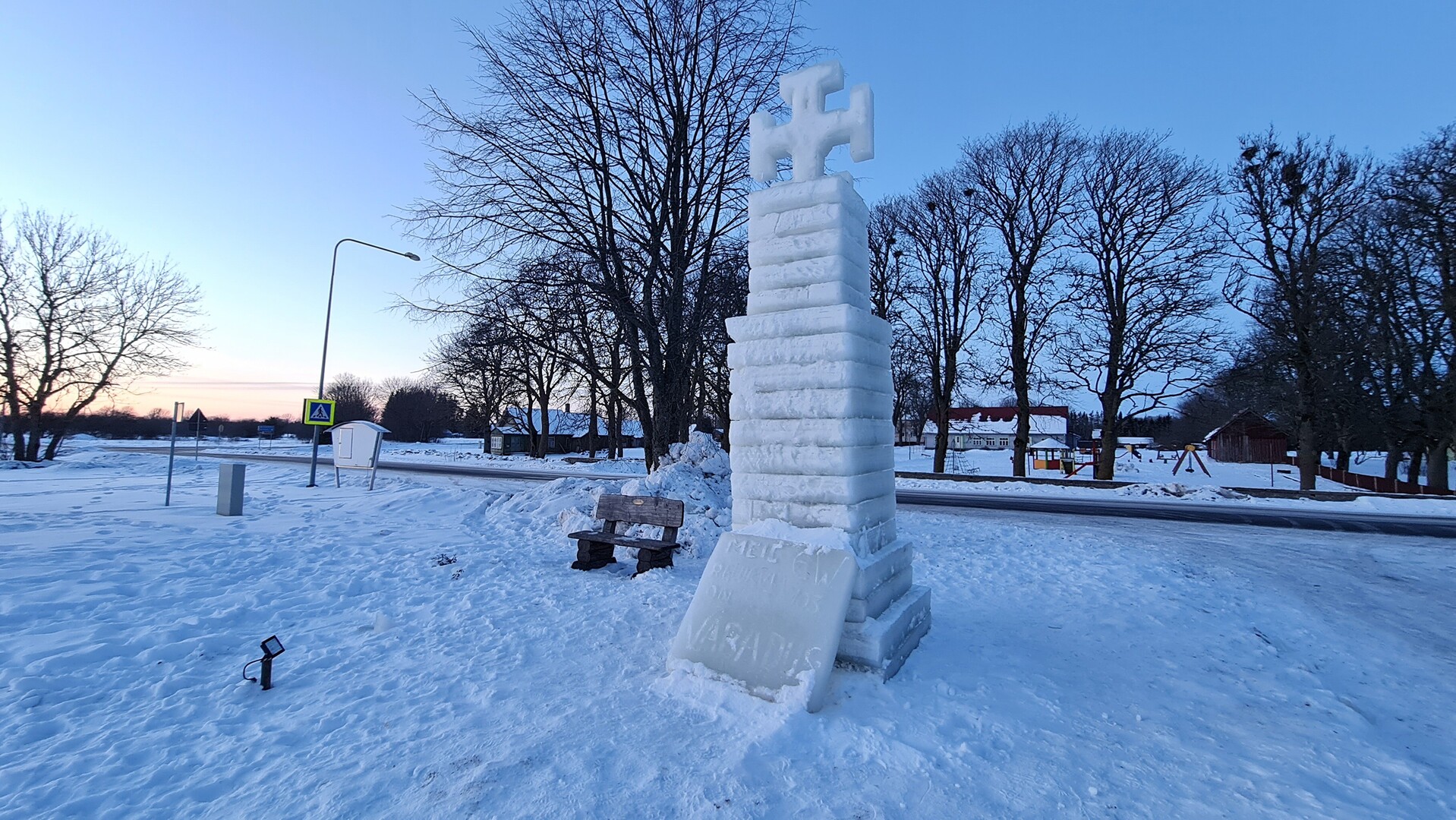 Defense League (Kaitseliit) volunteers on the island of Saaremaa have created a replica in ice of the War of Independence Victory Column in Tallinn.

The volunteers, from the Tornimäe district in the northeast of the island, about 50 km from its capital, Kuressaare, told ETV news show "Aktuaalne kaamera" (AK) Thursday that the ice sculpture had long been an ambition, but successive mild winters had meant it remained just that.

While Saaremaa often experiences milder winter temperatures and conditions than the mainland, particularly the east of the country, this year's cold spell has provided enough sea ice to carve the blocks needed for the monuments structure and right-angles, AK reported (see gallery).

The Defense League personnel said they hoped the pillar will remain in place through to next Wednesday's independence day, even as milder temperatures are forecast.

The famous ice road linking Saaremaa to the mainland has not been opened yet, despite the recent low temperatures.

The original Cross of Liberty and Monument to the War of Independence (Vabadussõja võidusammas) was unveiled in 2009 and is situated in Vabaduse väljak (Freedom Square).

The Defense League has about 25,500 members, including its three sister organizations for women, girls and boys, and is aimed at augmenting the regular Estonian Defense Forces (EDF), which is somewhat bigger in size when reservists lists are included. Defense League personnel were deployed last spring during the initial coronavirus wave, which hit Saaremaa far harder than the rest of the country, mainly to ensure compliance with regulations.